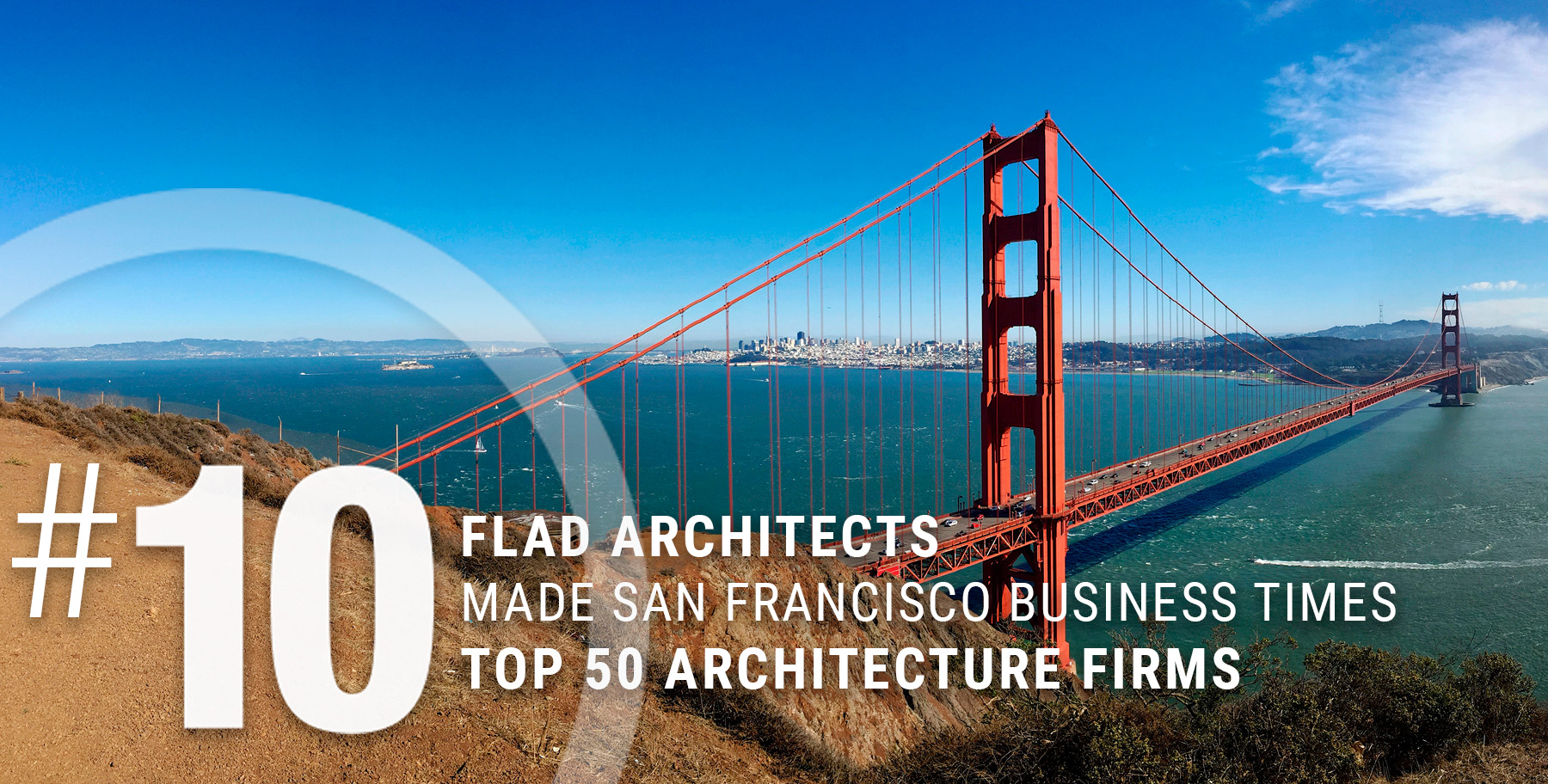 Flad's 23-year-old San Francisco office ranked 10th locally in gross architectural revenue in 2016, according to an annual survey of the "Top 50 Bay Area Architecture Firms" performed by the San Francisco Business Times. Moving up from 16th in the 2015 survey and from 22nd in the 2014 survey, the office has grown significantly over the past two decades under the leadership of John Mickow and Andrew Cunningham, managing principals.